This morning while catching up on my favorite must read blogs  I came across 1 Year of Single post called Denial of Points. It was almost like reading something that I had written years ago in a previous blog  depicting my frustration with single life.

I feel like I’ve been thrown multiple life lessons and I’m failing every one. Why else would the lessons be never-ending? When I look around, I don’t see everyone else going through years of endless dating torture.

I want to know when these stupid little life lessons are going to end and I’m going to enjoy the fruits of my labor. Where’s the damn prize? I feel like I’m getting nowhere, like a salmon swimming upstream; I don’t even know what the lessons are, or what the point of the lessons are. And yet at the same time, I look back on my decisions – like how I chose to continue being ‘friends’ with a guy who can’t decide if he should leave his cheating wife or not – and think, “God must be tired of me spinning my wheels all the time like a Gafatch.“

I totally felt her frustration because I WAS her (up until last June)….I felt defeated by each life lesson that was thrown in my path……I mean COME ON already how many lessons and failed relationships does one person have to go through in order to find the one? It’s so simple for some……like my sister, she may have only encountered two dating life lessons to my fifteen years (give or take a year or two) of spinsterhood. At times I felt that I had been cursed or that Karma was being a REAL BITCH and paying me back for something that I royally screwed up on in  a previous lifetime….whatever it was I couldn’t figure it out. I tried to….but to no avail I kept making wrong decisions when it came to men….and I was actually beginning to believe the label my ex-husband placed on me…..Spinster, but I prefer “Hopeless Romantic”.

I tried dating the good guys, you know the type that complain that women only want bad boys….so I gave the good guys a shot. All I found out is that line is just that ….. a line, because the “good guys” that I dated were just as bad as the tattoo’d bad boys. For instance….Paul. Looked like a good guy, smelled like a good guy, we had a lot in common, was very attentive only problem was that he was also attentive to two other women, in two different cities.

I tried the bad boy, tattoos ….tongue ring….a bit younger but that boy couldn’t carry on a conversation to save his life. He was nice to look at during those brief summer months but after that….adios!

There was the guy who claimed to want to marry me, we moved in …..things were good until I found out that he was still in love with his stripper ex-wife, but he claimed that it was over. Five months later I began to feel that something was just a bit off and after snooping around I noticed he had a profile on a dating website saying he was looking for love. We broke up and I was left living in a place I called “hell in the desert” while he was off loving on someone new.

I then decided that I needed to change things up……I would just date a guy based on his personality and not dismiss him based on his looks. That brings me to Gollum or the white ET as my friends called him. We dated for quite sometime, but his overly health nut attitude and my love for carbs became a problem……looking back now I should have stood my ground  when he scolded me for putting too much butter on my bread and the lecture I got when I ordered a Dr. Pepper . I should have stuffed him full of pasta and bread to just relax him a bit or put him in a carb coma with my yummy manicotti. The breaking point was when I caught him twirling around in my lingerie….yeah no one wants to see Gollum in a silky nighty from Victoria Secrets.

There came a point that I had to admit defeat my choices in men were horrible (not including the Major who I ended up marrying in December) so I had only one option. I found myself in a church, kneeling before the Lord and prayed. I cried. I prayed some more. I gave it up to him, I was no longer going to search for THE ONE because I was exhausted. Broken hearts suck. I was there for a good hour praying, well more like reading the prayers on the back of the missalette. I walked out of there with a new sense of peace because when it was time he would deliver …..well that’s what I had been told anyways…..so instead of Match.com finding me a man I went to the Big Man upstairs to be my matchmaker.

What he brought me was Mr.Crazy…….and from what I learned from this experience was you can’t fix crazy or fix Mr.Crazys momma who was unable to release this overgrown boy from her bosom. I guess in a way this was the test of all tests. It taught me to never settle, just because you may think that you are approaching 35 years old, you think no one loves you and that all the good ones are gone…..does not mean in any way that you should marry some guy who has no direction. Remember you can’t fix someone who doesn’t want to fix themselves….and it’s a losing battle when they are in denial about what we all see as a problem.

There is hope to all those singles out there……there is a light at the end of the tunnel, believe me…….I definitely paid my dues, learned some very tough lessons, realized what I truly deserved and most importantly became comfortable with the thought of just being alone…..because really was I ALONE? I have good friends that would never turn their back on me, I have my children although grown they still keep in touch (one more than the other two), I have my health……yeah eating a Lean Cusine for dinner and watching reality television with your Furkids staring on day after day can be a bit lonely but just think…….he is out there, but it’s just not time yet. He may just need to figure somethings out before he is ready to cross your path and be yours 100%.

I had to wait ten years to before my husband and I crossed paths again……. 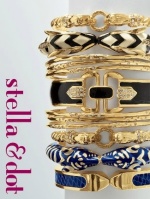